Who Put the “Green” in Greensboro? 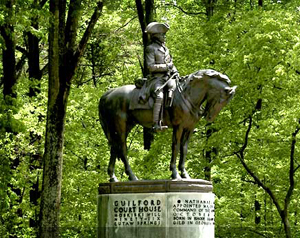 Despite an abundance of emerald foliage, the Greensboro name doesn’t symbolize a color. Greensboro honors Gen. Nathanael Greene, who led American forces in the Revolutionary War’s Battle of Guilford Courthouse in 1781.

But where is the final “e” in Greensboro? It seems to have tumbled out of the middle of the city’s name. In fact, it was never there. As a consequence, many think Greensboro is named for its greenery. Why county commissioners – who paid $98 for 42 acres in 1808 to start Greensborough, as originally spelled – dropped the general’s last letter is a mystery. The “e” still appears in Greene Street, Greene Township, Gen. Greene School and Nathanael Greene School. 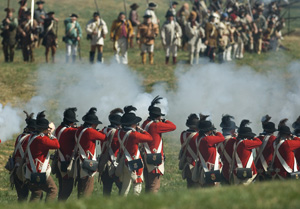 Saura and Keyauwee Indians were the earliest inhabitants of Piedmont North Carolina. The first settlers in the Greensboro area were mostly Germans, Quakers of Welsh and English descent, and Scotch-Irish who came to the Piedmont from Northern colonies. Permanent settlement began around 1740. To thwart the invasion of North Carolina by 1,900 redcoats under Lord Cornwallis, American Major General Nathanael Greene deployed 4,400 rebels in three battle lines at Guilford Courthouse on March 15, 1781. Cornwallis lost one-quarter of his army, which hastened his eventual defeat at Yorktown seven months later. In 1808, elected officials mapped out a 42-acre tract of land, paid $98 to purchase it and suggested that it be named Greensborough after the patriot commander Nathanael Greene. 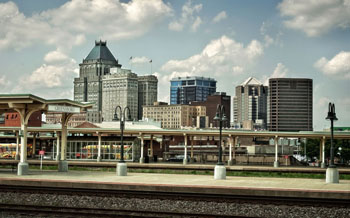 Greensboro’s downtown is a thriving economic center and has been vibrant since the late 19th century, with new construction almost a constant. Even during the Great Depression of the 1930s, construction was noticeable. During the 1950s, business slowed and people flocked to the suburbs for space and expansion. Emptiness gradually increased over the next 30 years, but in the 1990s, the downtown area reignited and thrived with new beginnings towards becoming the destination that it is today. Downtown Greensboro is a prosperous and vibrant urban center today, memorable and meaningful for those who choose to live, work, and play here. 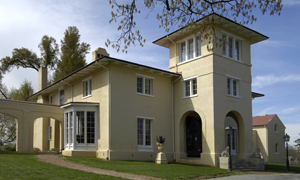 Greensboro’s been blessed with architecture and landscaping by iconic American designers – boasting more buildings by renowned architects than many North Carolina cities. Most of the work was done early in the 20th century, when Greensboro’s affluent citizens hired some of the best designers from New England and the northern United States. Local architects were also included in the creation of the beautiful city. 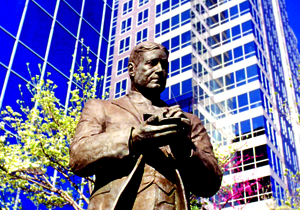 As with many famous characters from the past, Greensboro’s most notable citizens don’t necessarily possess degrees of higher education or squeaky-clean legal records. But what they lack in classic virtues, they make up for with wit, gumption, and the talent it takes to claim a place in the history books. From artists and actors to lawmakers and titans of industry, Greensboro citizens will be remembered for years to come. Some notable citizens include the author O.Henry and broadcaster Edward R. Murrow. 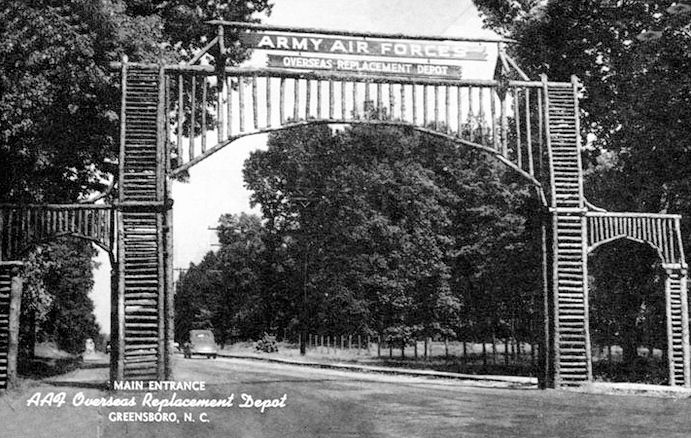 Though fought across the Atlantic Ocean, World War II had a major impact on Greensboro during the first half of the 1940s. With a huge petroleum tank farm and a variety of industries supporting the wartime effort, the city felt the daily stress of being an enemy target. Wary citizens went inside when darkness came. Household curtains were drawn to hide any glowing lights. After the war, the city returned to its normal routine, continuing to thrive in the prosperity of the post-Depression era. 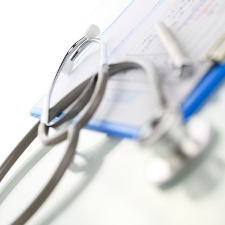 Health care in Greensboro has expanded through the years – its first hospitals were established to treat victims of the Civil War and housed in churches and warehouses. Today, nationally-recognized Moses Cone Health System gives patients access to the latest developments in medical care from their first moments of life through later years. 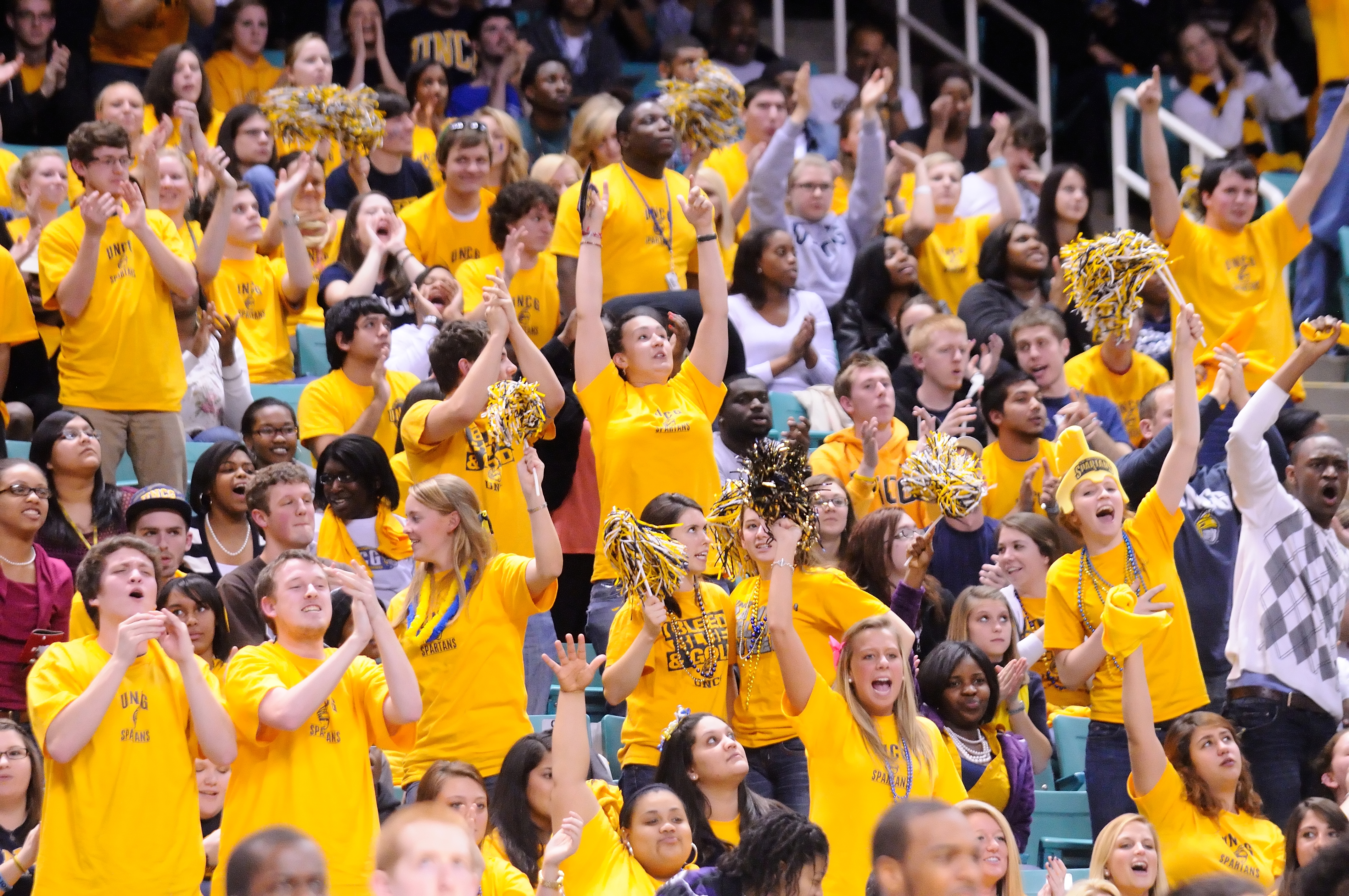 With more than 47,000 undergraduate and post graduate students studying here, Greensboro is an educational community where opportunities begin, grow and thrive. It is home to five four-year colleges and universities, a growing two-year community college, a law school and a collaborative joint campus operated by two of its largest universities. These institutions employ 6,000 faculty and staff educating individuals who will build and guide the knowledge-based economy of tomorrow. 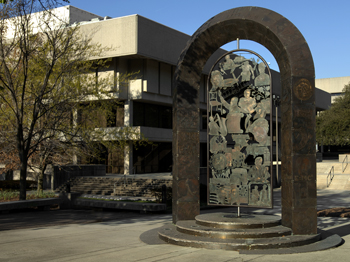 Greensboro’s city government has undergone many changes in its quest to provide democracy and equality to all constituents. In fact, it’s one of the few – if not only American city – to be governed by all three forms of city government: the ward-aldermanic system, the three-member commissioner system and the council-manager system. 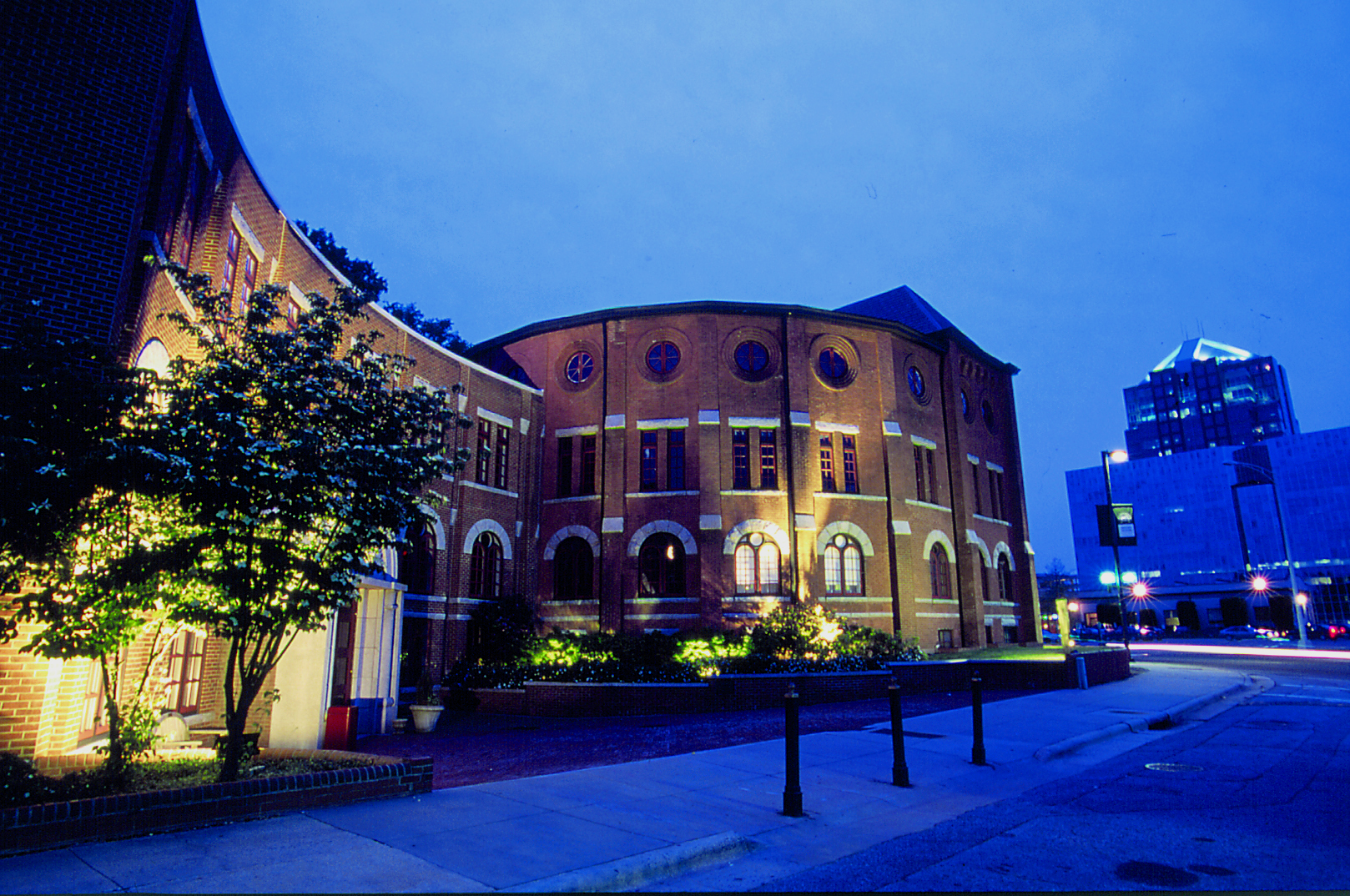 Like the rest of the country, Greensboro suffered during the Great Depression. Banks failed, jobs and homes were lost. But, according to Gayle Hicks Fripp, Guilford County’s official historian and author of Greensboro: A Chosen Center, An Illustrated History, “the effects of the Great Depression were less severe than in some parts of the country, and recovery began in 1934.” We’ve been warned that economic collapse could happen again, and to some extent it has. Severe recessions have occurred, but nothing like those bleak days of the 1930s. 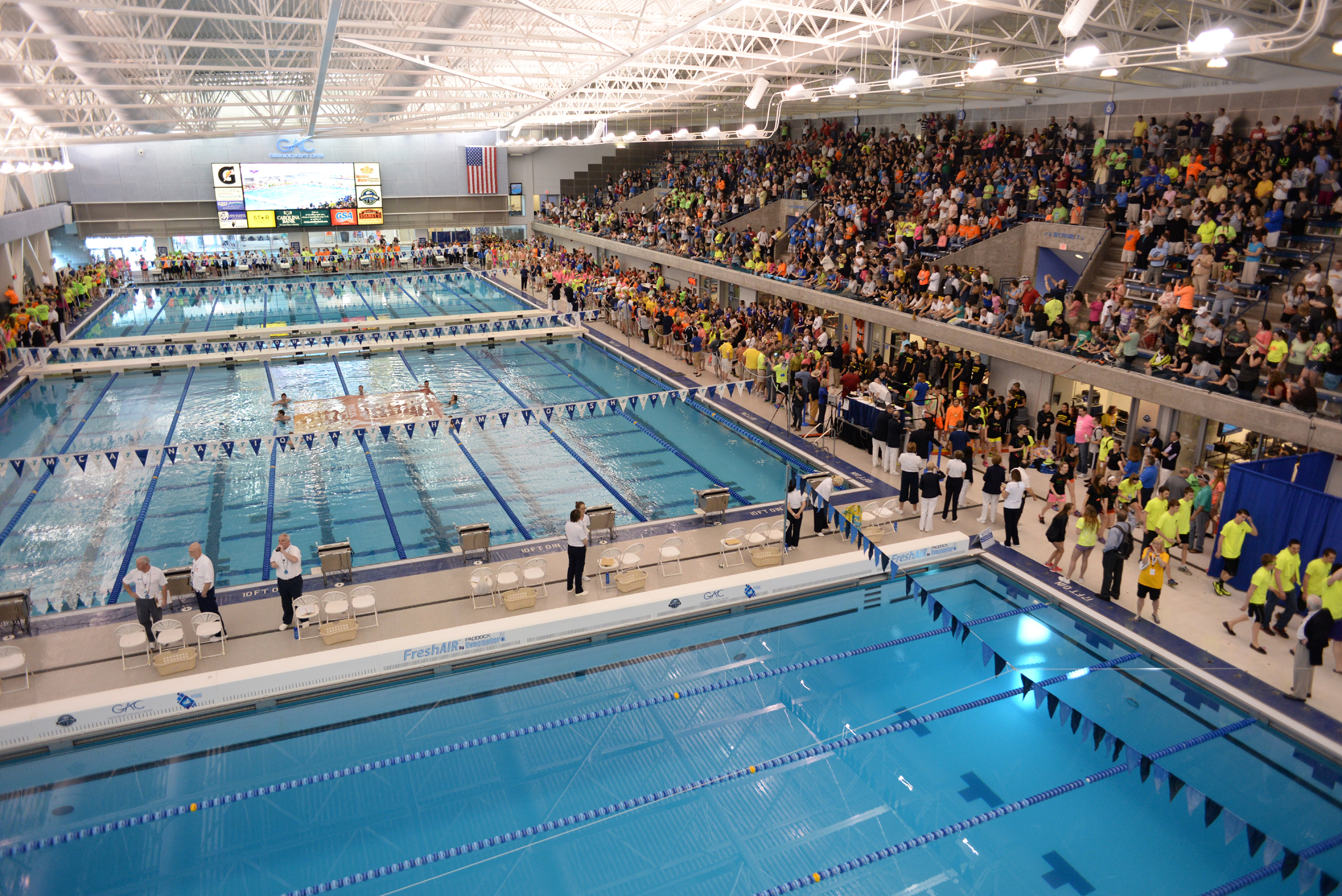 Long ago, the city of Greensboro was known as a textile town, saturated with mills, factories and blue-collar workers. But today, the city is better known as “Tournament Town” for its wealth of athletic venues – courts, fields, stadiums and even pools. Greensboro has been host to the men’s and women’s ACC basketball tournaments, the PGA Wyndham Championship and the U.S. Figure Skating Championships. The Greensboro Coliseum Complex employs more people than the legendary Cone Mills, once known for being the world’s largest producer of denim. While advanced manufacturing operations still play an important role in Greensboro, more often it is the basketball courts and baseball fields that are the center of attention and the center of the economy. 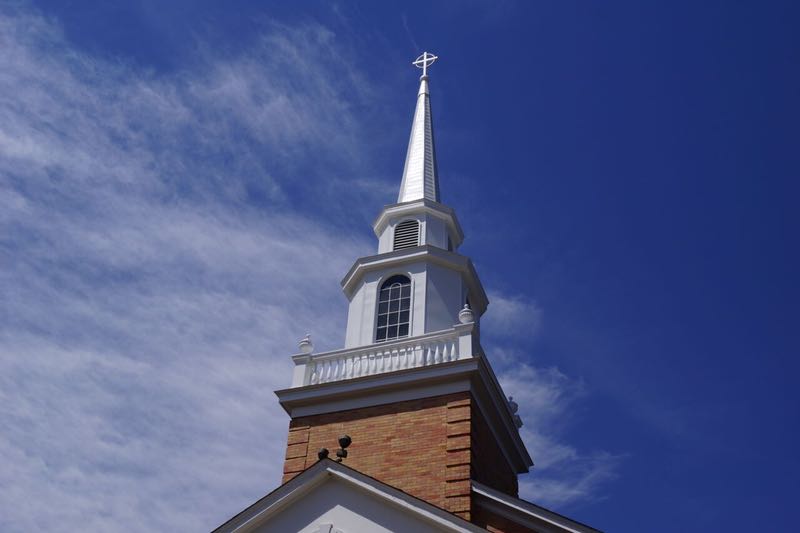 The first trees felled in Greensboro in the 1740s went to build churches for newly-arrived settlers. And in late 2010, Men’s Health named Greensboro the second-holiest city in the United States, based on the number of places of worship, the count of religious organizations and the amount of volunteers who support these groups.