Get ready for the most competitive pre-season high school wrestling tournament in the country! Super 32 Wrestling Challenge will be held in the Greensboro Coliseum this year! A large portion of the wrestlers that competed in the NCAA Tournament are expected at this years Super 32.

Since its beginning in 2000, the Super 32 has become one of the most competitive preseason tournaments in the country. 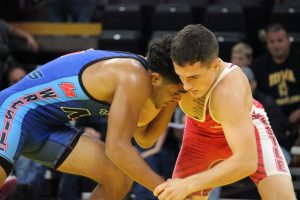 In 2003, the tournament was moved from Eden to Raleigh to have a more centralized location and draw a larger crowd. By 2015, the tournament had 2,400 entries over three divisions, with the high school division nearing 1,600.  This tournament grew from a small booster club event to the country’s best youth preseason wrestling tournament!

Belts were introduced as awards for the winners in each division, and the kids love them. Many winners wear their belts to school the next day to debut their winnings. 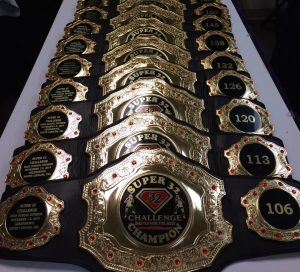