Experience the Rich History of Greensboro 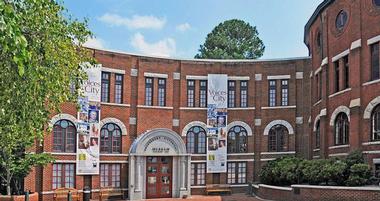 Leap into Greensboro’s past at the Greensboro Historical Museum! The home of the museum is the former First Presbyterian Church of Greensboro, built in 1892, and Smith Memorial Building, built in 1903. To begin the tour, you pass an old Cadillac from the nineteenth century and walk up the grand spiral staircase. 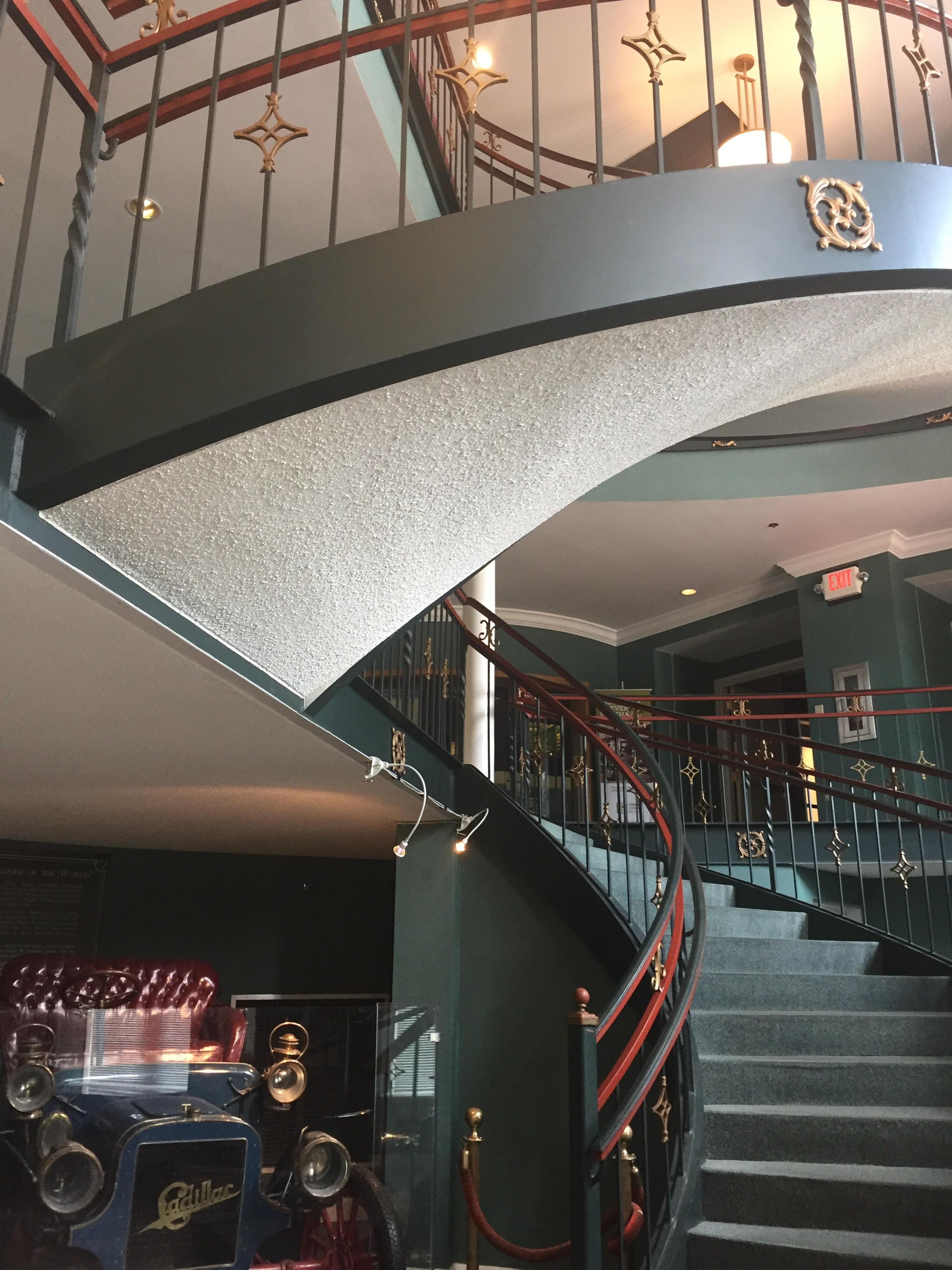 One room displays a timeline of Greensboro’s history along the wall, beginning with 1756, the founding of the Buffalo Presbyterian Church, and ending with 2008, the city celebrating 200 years since its founding.  This wall includes such events as the Battle of Guilford Courthouse in 1781, the founding of the town in 1808, the date the city received its Gate City nickname in 1890, and the first female mayor elected in 1993.

You can physically walk through time in the museum. You begin walking through the agricultural revolution with fields, farming, craft, and trade, then enter into Greensboro’s role in the Civil War, and continue into the industrial revolution of mass production and factories. Furthermore, the men and women from Greensboro who fought for our country in various wars, like the Vietnam and Spanish-American war, are celebrated in the museum as well. 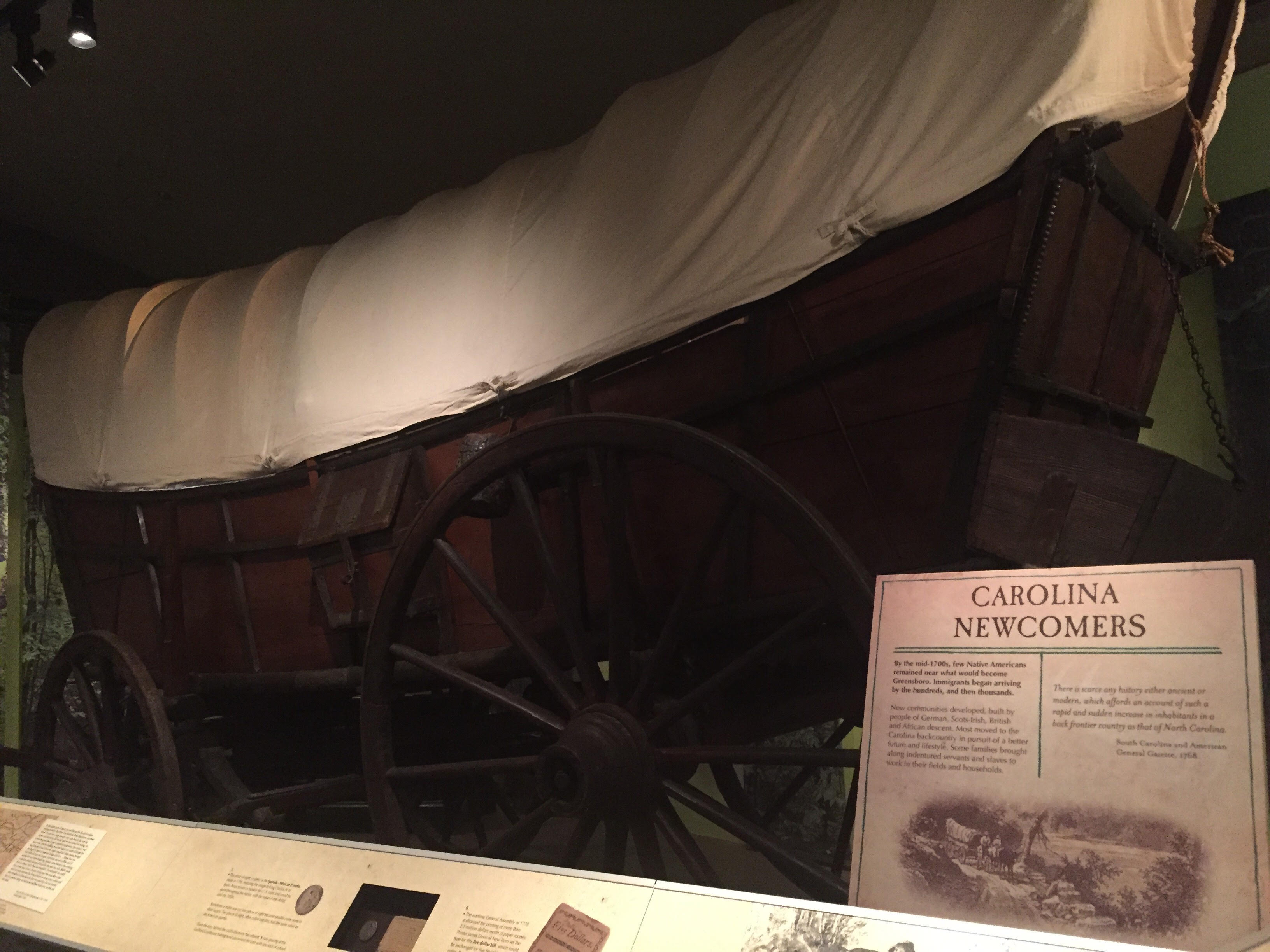 On February 1, 1960, four young African American men defied racially segregated restaurant, Woolworths, in downtown Greensboro by remaining seated at the “Whites-Only” lunch counter. This sparked the Sit-In Demonstrations during the Civil Rights Movement in America.  The actual lunch counter from this revolutionary sit-in is on display at the Historical Museum. 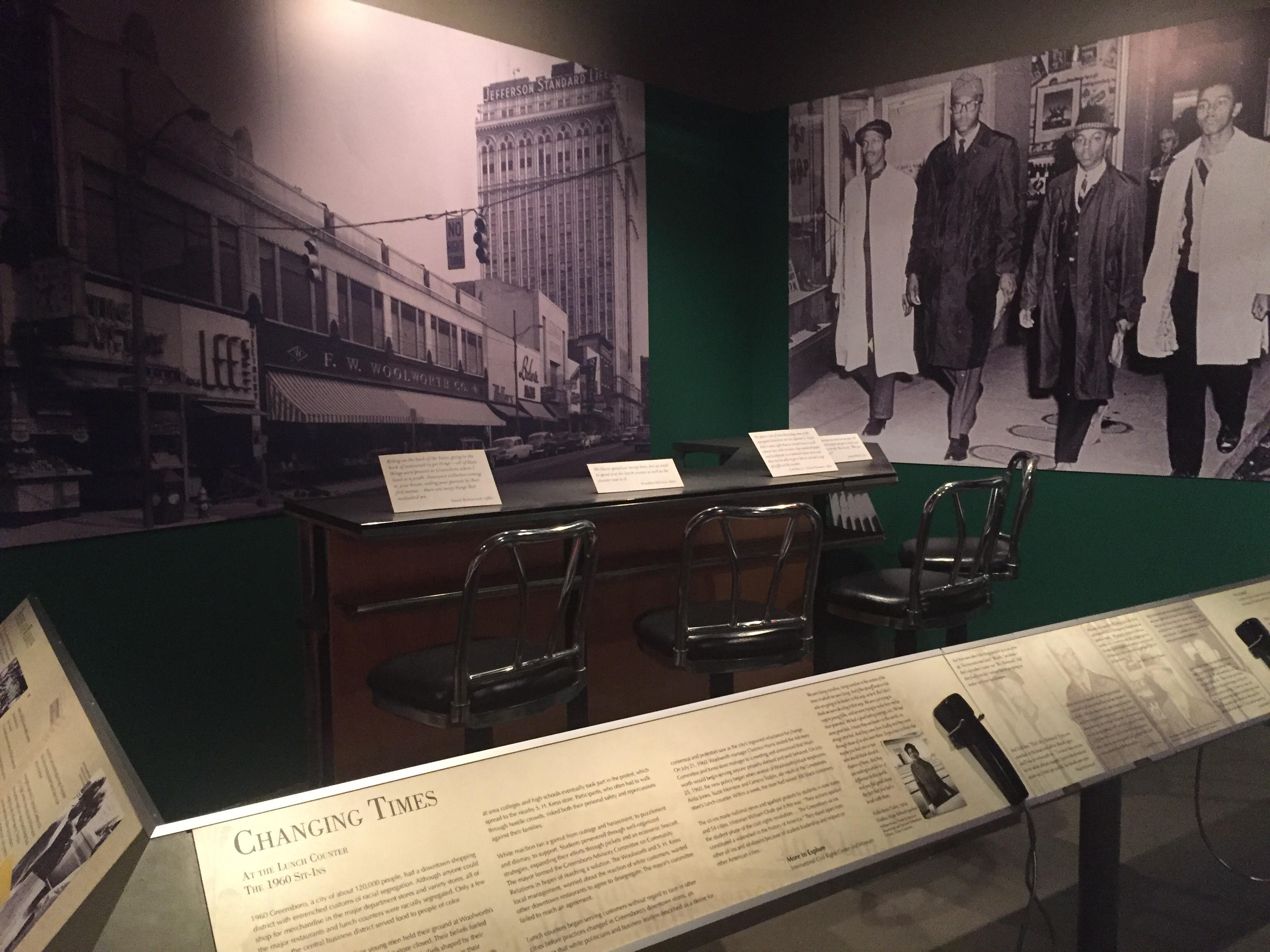 Want to know the meaning behind the names of popular streets in the city like Greene, Elm, and Davie Street? At the museum, you can learn about the people who founded and revolutionized Greensboro. Jump into the city’s past and visit the Greensboro Historical Museum today!