Long ago, the city of Greensboro was known as a textile town, saturated with mills, factories and blue-collar workers. But today, the city is better known as “Tournament Town” for its wealth of athletic venues – courts, fields, stadiums and even pools. Greensboro has been host to the men’s and women’s ACC basketball tournaments, the PGA Wyndham Championship and the U.S. Figure Skating Championships. The Greensboro Coliseum Complex employs more people than the legendary Cone Mills, once known for being the world’s largest producer of denim. You’re much more likely to see a mass of blue uniforms than blue collars. While advanced manufacturing operations still play an important role in Greensboro, more often it is the basketball courts and baseball fields that are the center of attention and the center of the economy. 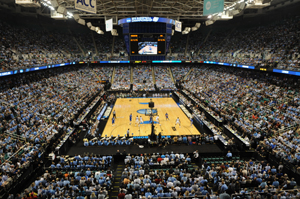 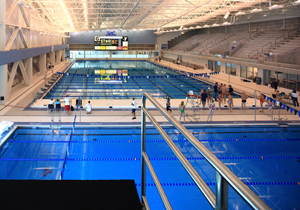 Basketball and golf aren’t the only sports with major events in Greensboro. A diverse group of athletic games and events call the city “Tournament Town.”