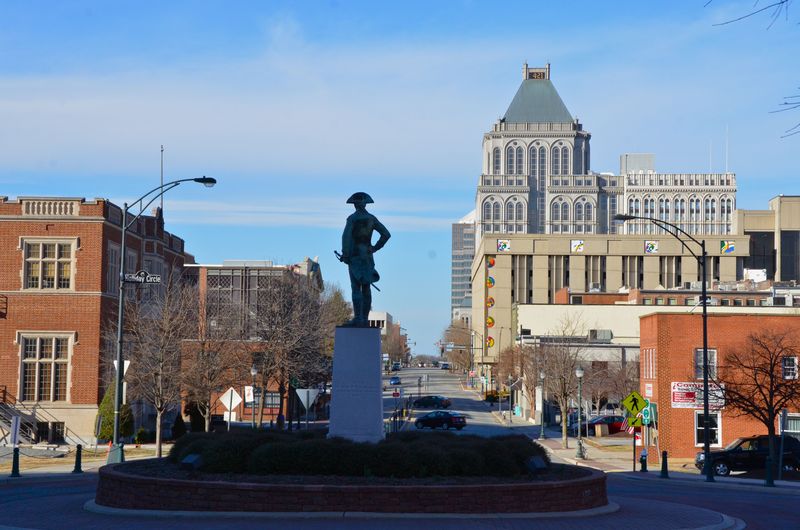 Welcome to 2019! We’ve got a lot to be excited for in the 336. Below and pictured above are 9 exciting and upcoming attractions we can’t wait to share with our visitors and residents.

Live music is North Carolina, Governor Roy Cooper, stated that "2019 is the Year of Music," and Greensboro, NC has music playing everywhere. Check out the North Carolina Folk Festival, September 6-8 in downtown Greensboro- featuring music from all over the world. See the first tour spot from Carrie Underwood: Cry Pretty 360 Tour at Greensboro Coliseum Complex, May 1. Greensboro is also home to the Eastern Music Festival and The Carolina Blues Festival—The longest running blues festival in the southeast.

Greensboro is nicknamed Tournament Town. This year Greensboro is full of competitions. See the best and the brightest compete this year. This February, Men's and Women's  ACC Swimming and Diving compete at the Greensboro Aquatic Center. This March, US Gymnastics American Cup takes place at the Greensboro Coliseum Complex see who qualifies to represent the US for worlds. This April sees World Irish Dancing Championships, who will win the world title in this worldwide competition. This July AAU Junior Olympic games are in Greensboro. At AAU you will see  junior athletes compete in multiple sports from Track & Field to sport stacking and taekwondo. This August, PGA heads to Greensboro for the annual Wyndham Championship at Sedgefield Country Club.

New hotels are underway in Greensboro. Be on the lookout for new places to stay including Downtown Hyatt Place the newest hotel to open in downtown Greensboro in over 15 years, expected to be completed in early 2019 along with Towneplace Suites by Marriott GSO Coliseum Area and SpringHill Suites GSO Airport scheduled to complete in 2019.

Experience annual festivals in Greensboro including the Fun Fourth Festival and Piedmont Winter Fest. Be a part of new ones including Greensboro Bound Literary Festival May 17th-19th it celebrates creativity and literature with author readings and writing workshops, and the North Carolina Comedy Festival, this April 17th-27th see stand-up improv and more. Local and National performers are set to perform. Don’t miss out on food trucks from around North Carolina at the Greensboro Food Truck Festival (April and August). Celebrating 15 years  the Summertime Brews Festival features beers from all over the world, plus live music. It is a one of the largest beer festivals in North Carolina.

Being home to many award-winning food and drinks, Greensboro continues to grow with exciting new concepts, including The Barking Deck- an indoor dog park and pub scheduled to open in March 2019. We can’t wait to see what’s in store with our great local businesses.

The Greensboro Science Center is growing, experiencing exciting expansions including outdoor space for Komodo dragons and the reopening of the tiger exhibit. We can’t wait to see the new exhibits and experiences.

In 2018 with had visitors from all over the world. Greensboro welcomed visitors from Around the US to China to France and Canada. This year we can’t wait for you to explore Greensboro. Share your adventure with us #VisitGSO.